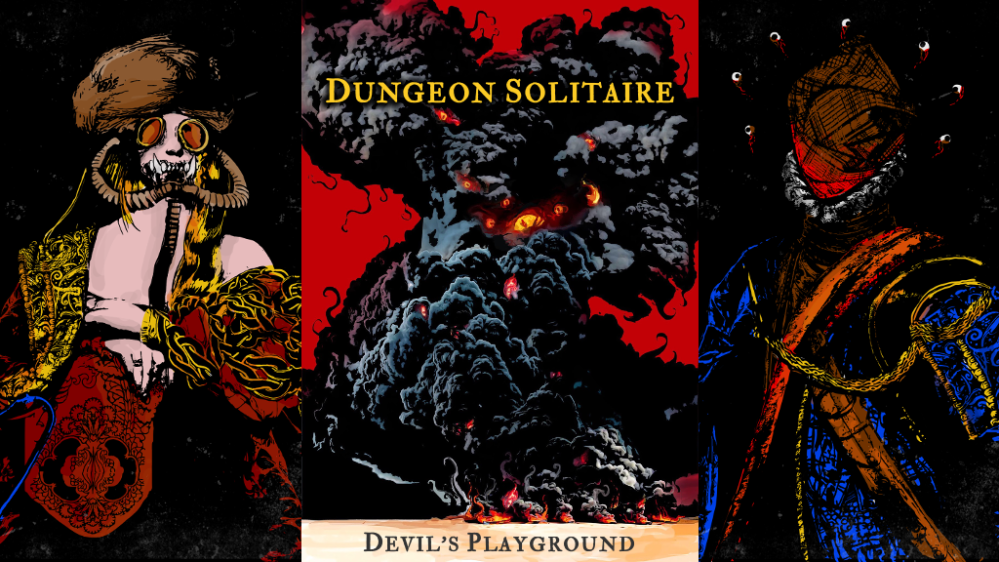 Dungeon Solitaire: Devil’s Playground has been in development for a while, and has now launched an official Kickstarter campaign to reach its full potential. 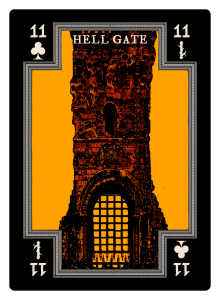 Artist Josephe Vandel and I have teamed up again to bring you this new evocative fantasy adventure that includes a 54 card custom deck, with both a stand-alone game and expansion rules for the Labyrinth of Souls tarot game. There’s going to be gorgeous full-color artwork, higher quality cards, and plenty of extras. Creating the Labyrinth of Souls was a dream come true, and I am super excited about this new game, the new artwork, and the expansion rules. I hope we can all make this incredible journey together again, from Kickstarter to production. We’re planning to make the Devil’s Playground a reality, and we’re looking forward to delivering another great game!

If you don’t know what Dungeon Solitaire is, it’s a dungeon delving fantasy card game. The original game, Dungeon Solitaire: Tomb of Four Kings, is available for free, and is playable with a standard deck of playing cards. The greatly expanded tarot game, Dungeon Solitaire: Labyrinth of Souls, is available in print on Amazon and other online book retailers, and in PDF through DriveThruRPG, with custom cards available through Gamecrafter. The Labyrinth of Souls has also inspired a series of stand-alone novels published by ShadowSpinners Press, with books by Elizabeth Engstrom, Christina Lay, Eric Witchey, Stephen T. Vessels, and myself so far, with new books on the way by Mary E. Lowd, John Reed, Cheryl Owen Wilson, Lisa Alber, Cynthia Coate-Ray, and Pamela Jean Herber! And now, I am super excited to be creating a third Dungeon Solitaire game and once again expanding the world of Dungeon Solitaire.

Check out the Dungeon Solitaire: Devil’s Playground Kickstarter now, and support the creation of another great game!